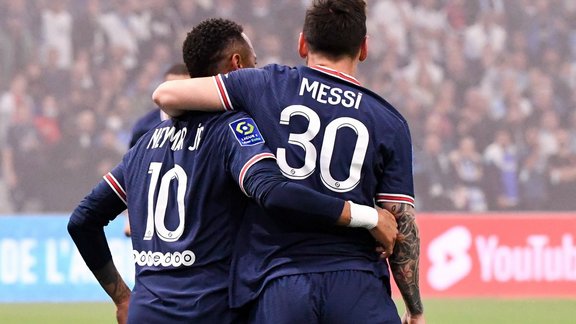 By recruiting Lionel Messi this summer, PSG has delighted Neymar who does not hide his joy to evolve again alongside La Pulga.

A year ago, after the victory against Manchester United , Neymar displayed his dream of sharing the same shirt as Lionel Messi again: “This is what I want most, to take again fun with him on a field. I really want to play with him again, we have to do it next year “. At that time, and while Neymar had not yet extended to PSG , it was difficult to imagine the duo being recomposed in Paris, especially since the arrival of Joan Laporta as president of Barça seemed to have solved the problems of Lionel Messi . And yet, this summer, La Pulga did indeed join PSG to the delight of Neymar .

Neymar is delighted to play again with Messi

On the sidelines of the French national final of Red Bull Neymar Jr's Five in Paris, Neymar thus pronounced on the arrival of Lionel Messi . “I am very happy, very satisfied to have Messi at Paris Saint-Germain. He is not only a football idol, a top player and a genius, but he is also my friend. And when you have friends by your side, your life is lighter and calmer. We hope to make history together as we did in Barcelona, ​​”he said on the Red Bull website.