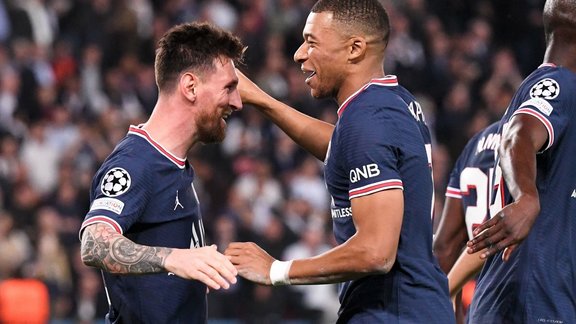 While PSG achieved a huge blow during the summer transfer window by completing the arrival of Lionel Messi, Kylian Mbappé did not hide his joy at playing with the former FC Barcelona player.

Arrived at end of his contract with FC Barcelona which ultimately did not have the means to extend it, Lionel Messi was therefore the subject of a legendary operation in August last since he entered freely with PSG . A huge blow made by Qatar who offered themselves one of the best players in history to come to support Neymar and Kylian Mbappé , and the French striker of PSG also declared his love for Messi Tuesday evening on Canal + after the victory against Leipzig (3 -2).

“A privilege that Messi plays with us”

“The penalty for Messi? It's normal. He's the best player in the world and I've always said it was a privilege to see him play with us. The first, he has to shoot it. He left me the second one and I missed it, ”says Kylian Mbappé .