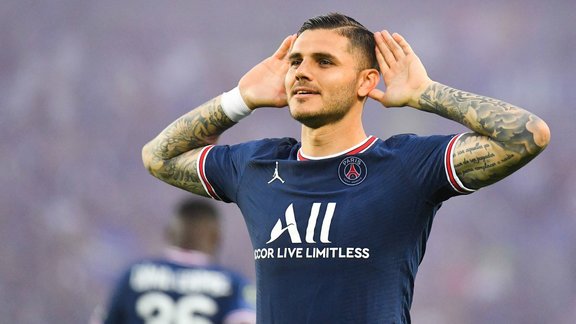 Very annoyed by the turn of the soap opera Mauro Icardi which is very marked by his separation from Wanda Nara, Jérôme Rothen lets go of the Argentinian striker of PSG by tackling Leonardo.

While he alternated the good and the least good in sport since his arrival at PSG in the summer of 2019, Mauro Icardi has been the subject of a surrealist soap to say the least since this weekend. His wife and agent, Wanda Nara , had announced on social networks the infidelity of the Argentine international, and the latter then missed several days of training as well as the match of PSG against Leipzig for try to win back his wife. A soap opera that seems particularly annoying Jérôme Rothen who let loose on RMC Sport on the case of Icardi and openly criticizes his recruitment.

“It's a casting mistake, Leonardo's fault”

“It's PSG, it's playing. We are not going to kid ourselves. But whether Icardi is absent or on the pitch, his place is in the stands anyway. I say in the stands because this player when he starts, like Friday night against Angers, it's not terrible. Even in the efforts. Technically and tactically, there are plenty of shortcomings. Unfortunately, Icardi is a lot of investment. He was the guy who was to replace the most influential player in PSG history, Edinson Cavani. Again, Icardi, for me, this is a casting error. It’s Leonardo’s fault, ”said the former PSG winger.