Mercato | Mercato – PSG: The “extraordinary gesture” of Neymar for Messi! 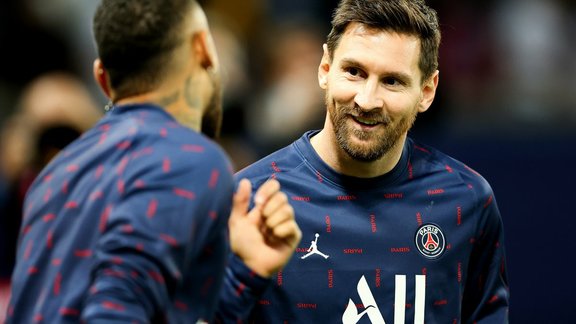 While Neymar had offered to take his number 10 when he arrived at PSG, Leo Messi revealed why he decided to refuse this proposal from the Brazilian.

Arrived at PSG last August following his free departure from FC Barcelona , Leo Messi has initialed a two-year contract with an optional third year with the capital club. But a question arose when he arrived, namely his jersey number. The number 10 he wore at Barça was indeed already owned by Neymar . And before finally taking the number 30, the Brazilian proposed to the sevenfold Ballon d'Or his number 10. An offer rejected by Leo Messi , as he explains well in the columns of France Football this Saturday.

“It was an extraordinary gesture on his part”

“The 10th, it was him. I was new to the club, I came to help. It was an extraordinary gesture on his part. I expected it, because I know “Ney”. We spent time at Barça and we are friends. It seemed fairer to me that he kept the number 10. That's why I took another one that I liked (the 30) ”, confided Leo Messi .