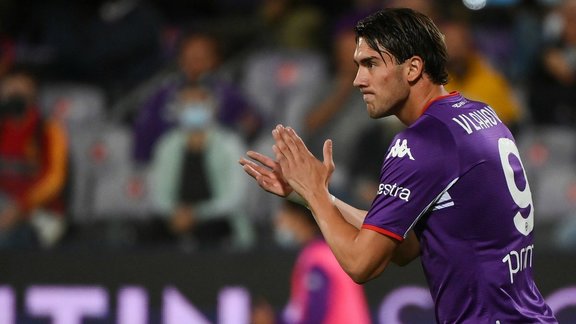 In conflict with Fiorentina, Dusan Vlahovic would be more than ever on the start. For his part, Leonardi would appreciate the Serbian striker, especially in the event of the departure of Kylian Mbappé next summer. However, a Premier League club could interfere in the matter.

At the end of the season, PSG could well find themselves facing a huge project. Indeed, Kylian Mbappé is at the end of his contract and has still not taken a decision on a possible extension. The French star could then freely leave Paris in June 2022. Consequently, Leonardo would work hard to replace Kylian Mbappé in case of departure. As revealed by 10sport.com last August, Robert Lewandowski and Erling Haaland are at the top of the PSG list to take place on the front lines of the Parisian attack next summer. However, Leonardo would also think of a plan B in the person of Dusan Vlahovic . But the Serbian would also have caught the eye of an English formation …

According to the information of the journalist Christian Falk of Sport Bild, Tottenham would closely observe Dusan Vlahovic . Spurs would indeed see the 21-year-old Serbian striker as an interesting alternative to Harry Kane . The England international has appeared in difficulty since the start of the season in the Premier League , with only one goal scored in seven games played.