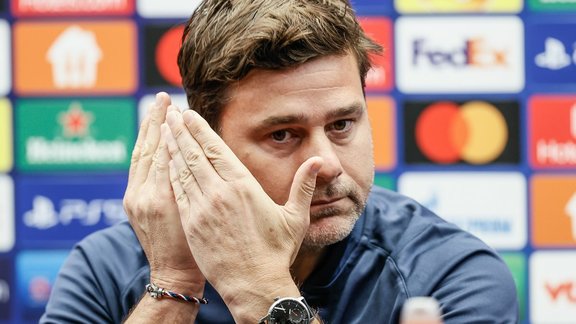 Although he recently extended his contract until 2023 and the results speak for him, Mauricio Pochettino is regularly criticized and his future at PSG is questioned. But will he leave?

Arrived last January on the bench of PSG to replace Thomas Tuchel , Mauricio Pochettino quickly made people talk about him for his future. And for good reason, at the end of the season, Tottenham would have done the forcing to recover the Argentinian technician. The latter, however, strongly denied. “I haven't asked for anything since I'm here. The day I want to quit I will tell the leaders and I will go, ”he confided to the JDD. Mauricio Pochettino even extended his contract in Paris until 2023. Enough to put an end to the rumors? Not really since his name is now circulating on the side of Manchester United . But will the Argentine really leave PSG ?

Towards a return to the Premier League?

Indeed, the Daily Star announces this Wednesday that Mauricio Pochettino is the favorite to take over from Ole Gunnar Solskjaer on the bench of Manchester United . This is not the first time that his name has been mentioned in the Red Devils. The Argentine technician still has excellent Premier League odds since his stints at Southampton and Tottenham. But he is still under contract at PSG where his performance is however starting to be debated. For the moment, Mauricio Pochettino is protected by his very good results since the start of the season, but the collective performances of the Parisians are far from convincing and Qatar would continue to dream of Zinedine Zidane . In other words, the future of Mauricio Pochettino has not finished talking. And it's not even been a year since he is on the bench of PSG …

In your opinion, Mauricio Pochettino will he leave PSG?