Mercato | Mercato – Real Madrid: Allegri could do Ancelotti a great service for Hazard! 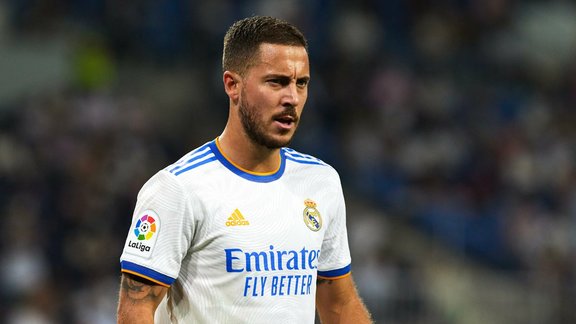 In great difficulty at Real Madrid, Eden Hazard could bounce back in Serie A. Juventus would be interested in a loan from the Belgian until the end of the season. And Massimiliano Allegri would be a fervent supporter of the arrival of the left winger in Serie A.

Recruited for 115M € in the summer of 2019, Eden Hazard was announced as the next star who would hand over the < strong> Real Madrid on the roof of Europe following the departure of Cristiano Ronaldo from Juventus . Nevertheless, two years later, the Belgian still has not lived up to the expectations placed on him. Regularly injury prone, the left winger has missed 419 days of competition so far. Its performance leaves much to be desired under the colors of the Casa Blanca. As a result, Eden Hazard could see his future elsewhere, especially in Italy.

As Eduardo Inda explained at El Chiringuito's microphone, Juventus would not be against bringing Eden Hazard to Serie A in the form of a loan until the end of the season. And Spanish media director OK Diario has revealed that one person in particular will be pushing internally for the Belgian's arrival at the Turin club. Indeed, Massimiliano Allegri would put pressure on the direction of the Old Lady to attempt a blow with Eden Hazard . Despite his complicated situation at Real Madrid , the 30-year-old would therefore not only have critics.