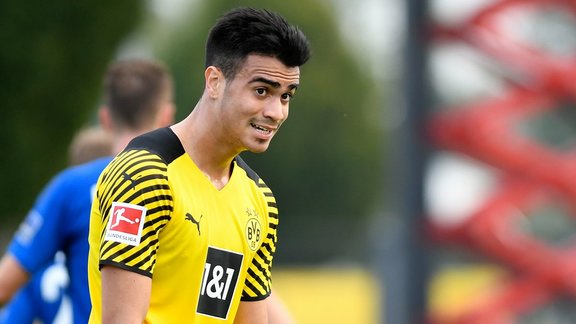 Barred by competition upon his arrival at Real Madrid, Reinier Jesus flew to Borussia Dortmund. But his affairs have not improved in the Bundesliga. As a result, the Brazilian could break his loan and bounce back in Portugal.

Recruited by Real Madrid in the summer of 2020, Reinier Jesus has yet to have his chance with the Merengue. With his playing time uncertain at the time, the Brazilian flew to Borussia Dortmund on loan for two years. But since his arrival in the Bundesliga things have not improved greatly for the 19-year-old. For the moment, Reinier Jesus Has only played 21 games in all competitions and clearly would not be part of Marco Rose's plans . As a result, the attacking midfielder still belonging to Real Madrid could change strategy for its future.

According to the Information from Brazilian media Torcedores, Giuliano Bertolucci , the agent of the 19-year-old, is said to be in talks with Benfica to send his client to the leader of the Portuguese league. Reinier Jesus 's adventure with Borussia Dortmund is expected to come to an end soon, AS saying the attacking midfielder's loan is expected to be broken by January. His arrival at Benfica could also be supported by Jorge Jesus . The Eagles coach would be delighted to find Reinier Jesus in his squad, he who launched the Brazilian into the professional world with Flamengo in 2019. To be continued.