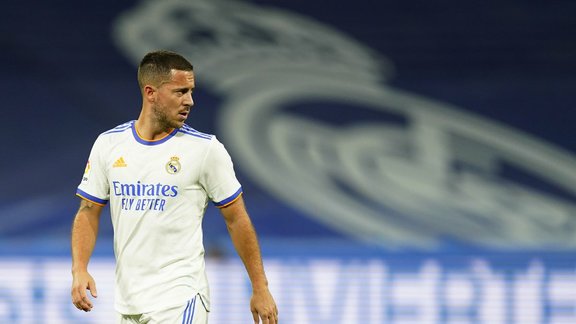 While Eden Hazard would now see Real Madrid open the door for him if he wanted to leave, his entourage would clearly recognize that the player's sporting situation did not suit him.

After two years punctuated by Injury and performance far below expectations, Eden Hazard has entered his third season at Real Madrid by failing to reverse the trend. Indeed, the Belgian international is still struggling to show his best face while still being the victim of physical problems. As a result, faced with a situation that does not improve, Real Madrid would have decided to put up for sale Eden Hazard if we are to believe the latest echoes unveiled by ABC this Monday.

Thus, if he wishes to leave in January or next summer, Eden Hazard will see Real Madrid open the door for him. And obviously, this is very likely to happen if we are to believe the comments made by those around him to the Spanish media ABC. “He doesn't like to be a substitute and in these situations he prefers to look for another team where he can be important,” said the clan of the former Chelsea forward. Thus, unhappy with his sporting situation at Real Madrid where he is now totally overtaken by Vinicius Junior and where he is not an important element, Eden Hazard would be ready to slam the door. It remains to be seen where it can bounce back.