Mercato | Mercato – Real Madrid: Things are going on behind the scenes for Eden Hazard! 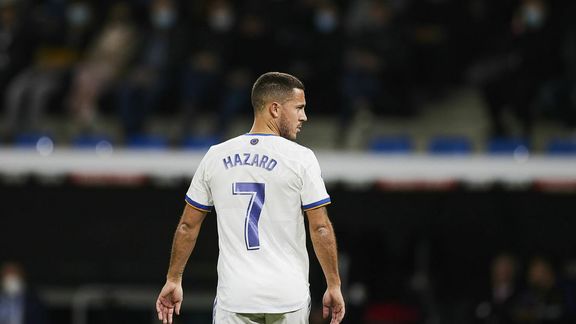 While Carlo Ancelotti now prefers other players, Eden Hazard could well leave Real Madrid. And his future could be written again on England's side.

Recruited in 2019 to be the successor of Cristiano Ronaldo at Real Madrid, Eden Hazard never lived up to expectations. Undermined by injuries and disappointing when he was on the field, the Belgian is controversial among the Merengue. And now, Hazard does not even seem to fit into the plans of Carlo Ancelotti , who recently explained: “He must persevere, but what happens is that sometimes the coach prefers other players” .

A return to the Premier League?

In difficulty at Real Madrid, Eden Hazard could therefore soon leave, he who is currently under contract until 2024. And according to information from ESPN, things would already start to move for the Belgian. Indeed, various Premier League clubs would be interested in Eden Hazard , starting in particular with his former club, Chelsea , but also Newcastle , in the search for stars to launch the Saudis project. To be continued…