Mercato | PSG – Malaise: For Icardi, it could be more complicated than expected … 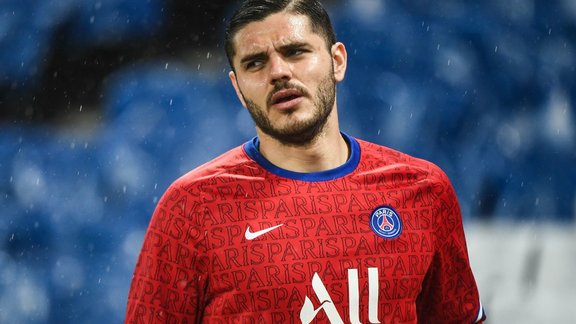 Mauro Icardi's extrasport problems seem to have had rather problematic repercussions.

This is the big controversy at the moment. In recent days, rumors have been running about a separation between Wanda Nara and Mauro Icardi, without anything being really confirmed. Thus, from last Sunday, the Paris Saint-Germain allowed his striker to skip training and travel to Milan, to reunite with his partner and children. This Monday at a press conference, Mauricio Pochettino was asked about this, announcing the presence of Icardi for the Champions League meeting against RB Leipzig . “He has a personal problem” explained the coach of PSG. “He did not train today. He will be in the group and we will see this evening when he arrives ”. The Argentinian will ultimately not be present on Tuesday and the next few days could be very complicated.

In Italy, it is said that these couple problems could do more damage than expected. According to information from La Gazzetta dello Sport, Mauro Icardi would be extremely affected by this supposed separation with Wanda Nara. The attacker would not know what to do, while these in recent months his sporting situation at Paris Saint-Germain was not really the best. Some media also explained on Tuesday that Icardi could even go as far as terminating his contract with PSG.