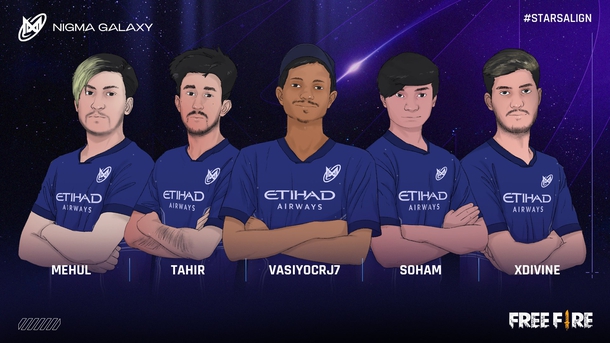 The esports organization Nigma Galaxy announced the creation of a roster for the mobile “battle royale” Free Fire. The lineup includes Vasiyo, Tahir, Mehul, Soham, and xDivine. The club announced this on Twitter.

Vasiyo has previously represented Galaxy Racer in the Free Fire discipline. The current roster was assembled in September, even before the club announced a merger with Nigma.

At the end of September, the world release of Free Fire MAX took place. With the launch of the new client, users were able to play with improved graphics and animations without having to create a separate account.