Leonardo was failed by a big scorer! 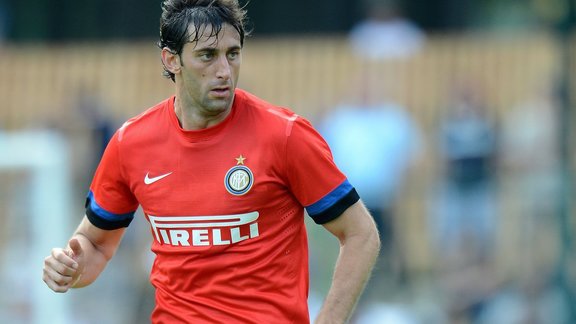 Asked about the choices during his career, Diego Milito admitted that he could have joined PSG, but that he did not wish to leave Inter Milan.

In 2011, the PSG entered a new dimension by passing under the Qatari flag. Indeed, QSI bought the club from the capital and appointed Leonardo sporting director to launch its new project. And the Brazilian leader has not been idle by massively strengthening the workforce of Antoine Kombouaré then coach. However, it was during the first winter transfer window of the QSI era that PSG hit hard by recruiting Alex, but especially Maxwell and Thiago Motta , who will remain executives of the capital club for several seasons. But while Kevin Gameiro and Guillaume Hoarau are the center forward of PSG , Leonardo wants to attract a great scorer to satisfy Carlo Ancelotti , appointed coach in January 2012.

And during the winter of the 2011-2012 season, a rumor was launched by the Italian press, namely that PSG would be interested in Diego Milito , who from the top of his 32 years is announced on the departure of Inter Milan despite his influence during the victory in Champions League in 2010. Asked by the Gazzetta dello Sport, the Argentinian striker confirms having refused Real Madrid and PSG : “If I have never regretted not having signed for Real Madrid? I was close to doing it, as I was then close to joining PSG. But Inter were a life choice. I was on top, happy. San Siro is my home. Finally, Diego Milito wait until 2014 to leave Inter Milan within his training club, the Racing Club . For its part, PSG will hit even harder by recruiting Zlatan Ibrahimovic six months after trying the coup with Diego Milito. A very nice lot of consolation.