Qatar has changed course for recruitment! 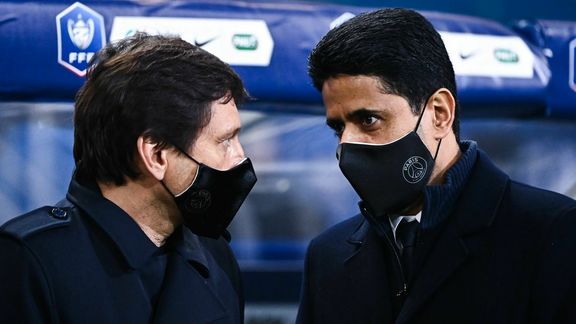 The fourth most spending club of the decade, PSG now seems to focus on low-cost cases and in particular on the arrival of free players.

Almost ten years ago, QSI bought the PSG . With colossal means, the new owners of the Parisian club gave a new face to the group by recruiting world-class players. The first years, Nasser Al-Khelaïfi, but also Leonardo managed some nice moves by managing to attract Javier Pastore, Thiago Silva , but above all Zlatan Ibrahimovic . Players who have allowed PSG to take a step forward and find a place in the elite of European football. Multiple times champion of France, the Parisian club have never succeeded in triumphing in the Champions League, their main objective. To finally achieve his goals, Nasser Al-Khelaïfi took the decision in 2017, to carry out two operations, which would mark the history of Ligue 1. That year, PSG spent 222M € to afford Neymar , considered at the time as one of the top three players on the planet. To support him in attack, the Parisian club secured the services of Kylian Mbappé, the nugget of French football for € 145m without bonuses. But since the summer of 2019, the leaders have reduced the wing, focusing in particular on the arrival of free or loan players. During the summer of 2020, the capital club offered itself free Rafinha , but also Moïse Kean, Danilo Pereira and Alessandro Florenz i , loaned. And during the last summer transfer window, PSG focused almost exclusively on free players.

PSG is focusing on cases at 0 € after having spent heavily

Apart from Achraf Hakimi, recruited for a check for € 65m, and Nuno Mendes , which arrived in the form of a loan, PSG only recruited players free of any contract. Georginio Wijnaldum, Lionel Messi, Gianluigi Donnarumma and Sergio Ramos , four world-class players have joined the Parisian ranks for free. The Parisian club managed to be persuasive, as with the Dutch midfielder close to joining FC Barcelona , but also to jump on opportunities. After learning that Sergio Ramos and Lionel Messi would not extend with their respective team, the leaders did not hesitate to take action very quickly in order to take competition runs. While the summer transfer window closed its doors a few weeks ago, Leonardo would like to repeat his feat and has already set to work, looking for opportunities in the market. Weakened by the Covid-19 crisis, the PSG no longer wishes to spend at all costs and is focusing on cases at a lower cost. It must also be said that PSG do not necessarily feel the need to spend large sums on major files with the squad they have.

As often, the Brazilian leader is looking in Serie A and in particular in his former team, AC Milan. According to the Italian press, the Parisian club has started contacts with the entourage of Franck Kessié , under contract until 2022 with the Milan team. PSG would like to recruit him at the end of the season to strengthen the midfield. But the Ivorian international is not the only € 0 track activated by Leonardo . The latter would also follow Marcelo Brozovic , under contract with Inter until June 2022, but who would have planned to meet with its leaders to take stock of its future. The Parisian official wouldn’t hesitate to watch in the Premier League as well. PSG was announced in particular in the footsteps of Antonio Rüdiger , who would ask for a salary increase from Chelsea to extend. Because even if the PSG wants to avoid paying transfer compensation, it cannot escape the question of salary. For example, the Parisian club will pay an annual salary of 25M € to Lionel Messi according to our exclusive information. A colossal sum paid to a player, which nevertheless pays a lot to the team. Jersey sales are a success and PSG has seen a resurgence in popularity on social networks. The colossal spending is starting to pay off, at least in the marketing field. Now it remains for PSG to win the Champions League and justify these colossal transfers.