Rublev and Khachanov could not reach the semifinals of the tournament in St. Petersburg in pairs 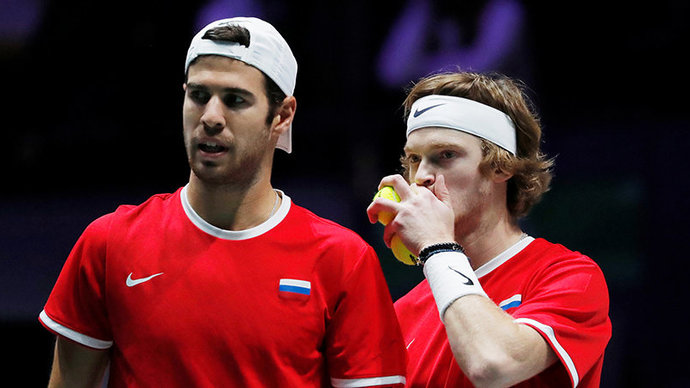 Russians Andrei Rublev and Karen Khachanov failed to make it to the semifinals of the ATP tournament in St. Petersburg in doubles.

Having lost 4: 6 in the first set of the 2nd round match to Denis Shapovalov (Canada) and Rohan Bopanna (India), the Russians won back in the second game, but then lost in the super tie-break.

The rival of Shapovalov and Bopanna in the semifinals will be determined on October 29, the pairs Santiago Gonzalez (Mexico) / Andres Molteni (Argentina) – Andrey Golubev (Kazakhstan) / Hugo Nis (Monaco) will play.

We add that a few hours ago Khachanov was defeated by Marina Chilic in the second round of the singles tournament.