Rush from Mega Man will appear in Monster Hunter Rise 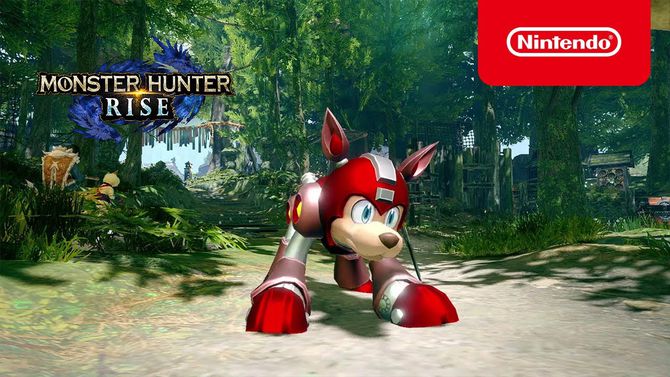 Capcom has announced the crossover Monster Hunter Rise and Mega Man 11. As part of the promotion, Rise players will receive a unique palamute skin that transforms the companion into Rush's robotic dog.

In addition to the change in appearance, the palamute will also gain the ability to accelerate, and the animation of jumping off the mount on the move will be replaced with ejection with a large spring from the back of the robotic dog.

Rush first appeared in Mega Man 3 in 1990. His abilities helped the protagonist get to previously inaccessible parts of the level. In the series of crossovers, he became the fourth: earlier in the Monster Hunter added Akuma from Street Fighter, Amaterasu the she-wolf from Okami, as well as the appearance of Tsukino from Monster Hunter Stories 2 for the palico, a companion cat.

The release of Monster Hunter Rise took place on March 26 on Nintendo Switch, and the game will be released on PC in early 2022. In honor of the release, the head of one of the largest Japanese companies announced a day off so that employees could play a novelty.