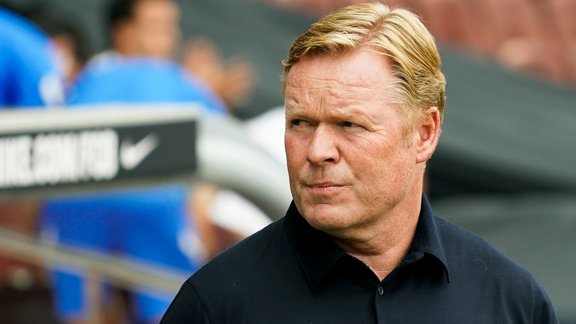 While Barça stalls at the start of the season, Ronald Koeman would already be in danger as to his future. Asked about the situation of his coach, Eric Garcia sent a clear message.

During the last season, Ronald Koeman had a very difficult time. So much so that he could have been ousted. However, Joan Laporta, who was elected a few months ago, preferred to give the Dutch coach some time. While the Barç a lost Lionel Messi and Antoine Griezmann this summer, the start of this exercise is sluggish. And while FC Barcelona has been outclassed by Bayern in Champions League (3-0), Ronald Koeman would once again be on probation. However, the technician of Barça can count on the immense support of Eric Garcia.

“You have to focus on what the coach tells you, who is the one who understands best”

In an interview with Tot Costa (Catalunya Radio), Eric Garcia sent a strong message about the future of Ronald Koeman. “If the group is behind Ronald Koeman? Whether at Barça or in the national team, you have to focus on what the coach tells you, who is the one who understands best. We must also disregard what is being said outside, ”said the Spanish defender.