Tuomas Sammelvuo: “Everyone understands that we didn’t start very well at the European Championship, but now all the attention is on the playoffs” 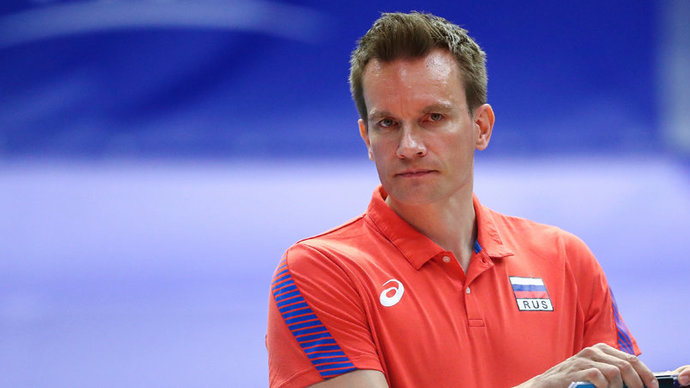 The head coach of the Russian men's national volleyball team Tuomas Sammelvuo and the national team winger Yaroslav Podlesnykh on Match TV summed up the results of the group stage of the European Championship, following which the Russians reached the 1/8 finals.

– Everyone expects us to win in every game 25:15, but this does not happen. The mood, physical condition before the playoffs is important. Now another tournament will begin, one game will decide everything. At the group stage, we planned to involve all the players, it worked out. Yegor Kluka was allowed to breathe, he now has a different load, not the same as usual.

We didn't start the tournament very well, everyone understands this. In the first game against Turkey there was an opportunity to win, but we did not use it. Then we gradually found our game. It doesn't matter whether you are happy or dissatisfied with the past matches, now all the attention is on the playoffs, – said Sammelvuo.

– The main thing is to show your game. In the match against North Macedonia, we demonstrated high-quality volleyball, this should be a small step towards the playoffs.

The beginning of the group stage was difficult, but then we got involved, we could, of course, better, – said Podlesnykh.

Let us remind you that the opponent of the Russians in the 1/8 finals will be determined later.

The European Championship takes place from 1 to 19 September 2021 in Poland, Czech Republic, Estonia and Finland. The current title holder is the Serbian team.