Barcelona: A radical decision for this undesirable? The answer ! 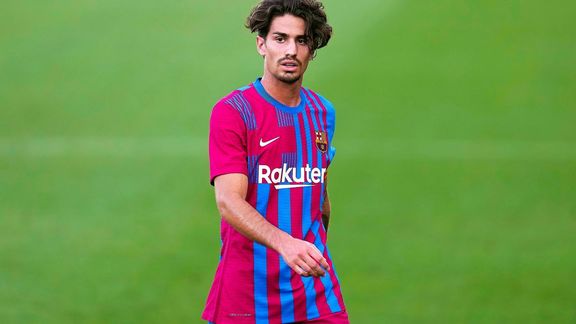 Due to a big mess, Alex Collado cannot currently play for FC Barcelona. However, his future would always be written in Catalonia. Explanations.

Excellent with Barça B, Alex Collado had been clear this summer: either he joined the group of Ronald Koeman , or he would look for playing time elsewhere. The FC Barcelona coach was not counting on him for this season, so the 22-year-old winger was leaving. Announced in Brugge or even in Sheffield, Collado did not budge, however, which the Blaugrana had not expected. Indeed, the Spaniard has not registered with any team for this season, which currently prevents him from playing in an official match.

What future for Collado?

The situation is therefore delicate for Alex Collado , which leaves room for various rumors. In recent hours, there has also been talk of FC Barcelona breaking off their engagement with their player. Should we then expect this radical decision? According to Sport information, the answer is no. Indeed, Barça would not have planned to let go of Collado like that. While the Catalan club still count on him for the future, the plan will be for the Blaugrana to continue training with the squad as they do now, then waiting for January for a solution to be found. To be continued…