Daniil Medvedev – about getting into the top 5 of the ATP rating: “I just want to improve” 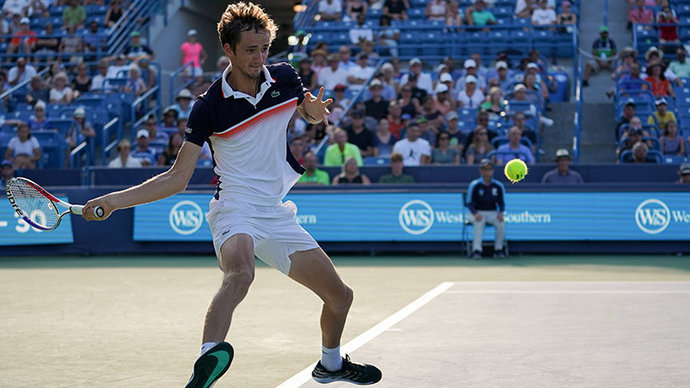 Russian tennis player Daniil Medvedev said that the fifth place in the ATP ranking is not the limit for him.

After winning the Masters Series in Cincinnati, where Medvedev defeated Belgian David Goffin in the final match, the Russian climbed 5th in the world rankings, improving his position by three points at once.

– That that I will become the fifth racket in the world is just incredible. It was only a month or a month and a half after I entered the top ten. And within a few weeks I reached three finals, won the Masters. It's just incredible. Naturally, I don’t want to stop, I just want to improve, ”Medvedev said.

For the 23-year-old tennis player, the final in Cincinnati was the third in a row: earlier, Medvedev also made his way to the decisive match of the tournament in Montreal, where he lost to Rafael Nadal, and in Washington, losing there to Australian Nick Kirgios.

Medvedev became the first representative of Russia in nine years to get into the top 5 of the ATP rating – previously, Nikolai Davydenko, who held the 5th line of the list, did the same in 2010 within a month.