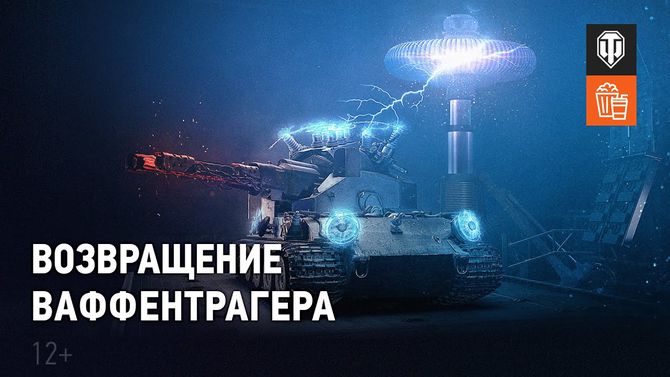 From September 27 to October 11, World of Tanks will host the Return of Waffentrager event: Max von Krieger's rematch. Description of the event and the official soundtrack are published on YouTube.

Battles of “The Return of Waffentrager” will take place in 7×1 format on one of three maps – “Murovanka”, “Siegfried Line” and “Steppe”. Squads of seven will fight in the improved Object 140 combat vehicles, Bat.-Châtillon 25 t and M48A5 Patton, and one enemy player will join the battle on the tank of engineer Max von Krieger – Blitzträger auf E 110. Sentinels, controlled artificial intelligence. For completing missions, WoT users will be able to receive cosmetic items, useful bonuses and new combat vehicles, as well as unlock the premium ASTRON Rex 105 mm tank.

Earlier it became known that World of Tanks is the most popular game franchise in Russia, while the Call of Duty series occupies the top 1 in the world. The research was conducted by Wargaming in cooperation with the Global Web Index.