Mercato | Mercato – ASSE: Claude Puel has an improbable asset for his future! 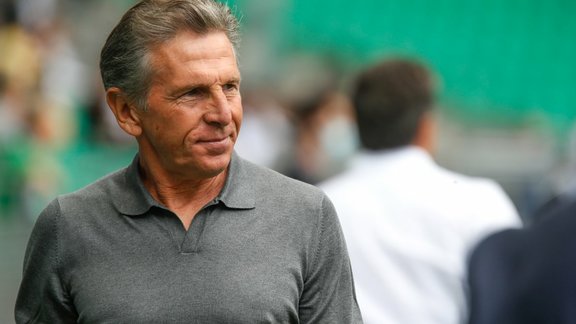 Despite the defeat against Strasbourg (1-5), Claude Puel benefits from a reprieve for his future and should still be on the bench of ASSE against Angers on Friday. And for good reason, the finances of the Greens do not allow to consider a dismissal for the moment.

The draw snatched against the OL in the derby (1-1) would have was able to give new impetus to the ASSE and finally launch the season of the Greens. But the Forez club wasted no time in falling back into its pitfalls. Indeed, Sunday in Strasbourg , the ASSE collapsed by bowing very heavily against the men of Julien Stéphan (1-5). A situation which places Claude Puel in great danger for his future. “We need a click, we must score this first goal, have the necessary character to start well, as in the first half, have the upper hand on the opponent but capitalize, be efficient to give us even more confidence”, confided the manager of ASSE at the microphone of Prime Video. Despite everything, Claude Puel will benefit from a short reprieve which will allow him to still be on the Green bench at least until Friday against Angers .

The finances of the club save Puel for his future

And for good reason, as explained by Le Progrès, the ASSE is not able to pay the severance payments of Claude Puel and its staff. A situation which therefore allows the manager of the Greens to keep his position as the finances of the Forez club are in the red. For En Verts et Contre Tous, the sale of the club could even have an impact on the situation since the current management of the ASSE could well wait until the club is sold in order to let the future leaders manage the situation. 'future of Claude Puel . Consequently, and for all his reasons, the French technician is offered a reprieve for his future. However, the situation should not escalate since if ASSE continues to perform badly, a radical decision will have to be taken. And as a dismissal of Claude Puel would have an impact on the finances of the club, it would be impossible to attract a new coach and the internal solution would be favored. With this in mind, still according to En Verts et Contre Tous, it is Laurent Huard , current technical director of the training center, who could be the lucky winner. Either way, the future of Claude Puel is a hot topic in Saint-Etienne .