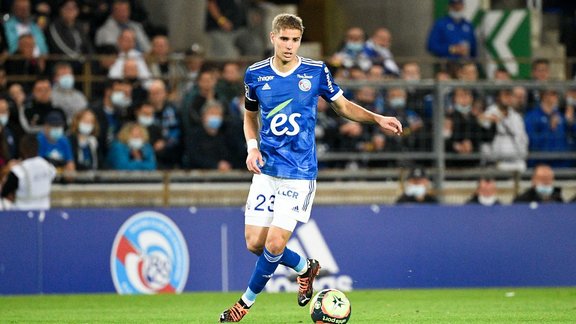 During the last summer transfer window, ASSE was very discreet on the transfer market, recruiting only one player, Ignacio Ramirez. The Greens would however have been close to completing another recruit, finally rejected by Claude Puel.

The ASSE is at its worst. The Greens have still not won a single Ligue 1 game since the start of the season. In the standings, Saint-Étienne is dead last in the France championship with only 4 points won in 10 days. In addition, the ASSE is today the worst defense in France with 23 goals conceded. A record that was particularly heavier during the debacle of the Greens last Sunday on the field of Racing Club de Strasbourg , with a heavy defeat 5 goals to 1. The first scorer of the meeting, Maxime Le Marchand , would have been close to joining the ASSE last summer …

According to information from But !, Maxime Le Marchand would have been offered to ASSE during the last summer transfer window. However, Claude Puel would have decided not to follow up on this possible transfer. The French player was free following the end of his contract with Fulham . The defender has finally signed up for two seasons with Strasbourg , as revealed exclusively on 10sport.com. Claude Puel , whose future on the Green bench is uncertain, could well have missed a defensive reinforcement which is now the delight of Racing .