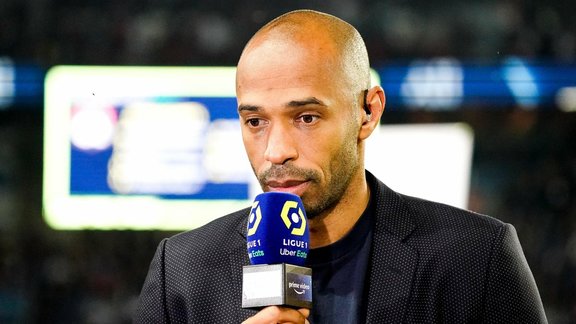 While FC Barcelona would be ardently looking for a new coach, the name of Thierry Henry finds himself linked to the Catalan club this Thursday.

The hours of Ronald Koeman on the bench of FC Barcelona could well be counted. And for good reason, the Dutch coach is strongly singled out by many observers of the Catalan club because of the game played by his team and his disappointing results, in particular the heavy 3-0 defeat at Camp Nou against Bayern Munich last week in League of champions . As a result, the management chaired by Joan Laporta would have started looking for a new coach. And if the name of Roberto Martinez returns with insistence in the press in recent hours, another possibility is put forward by Mundo Deportivo this Thursday.

Thierry Henry could be an option for the Barça

Indeed, the Catalan daily explains that Thierry Henry could be an option to take the bench of FC Barcelona . Mundo Deportivo did not give more details on the current situation, content to simply put forward the name of the former French striker and explain that he had already been probed for the post in the past. It remains to be seen whether this will translate into a more aggressive Blaugrana offense over the next few days and whether Thierry Henry could be open to the idea.