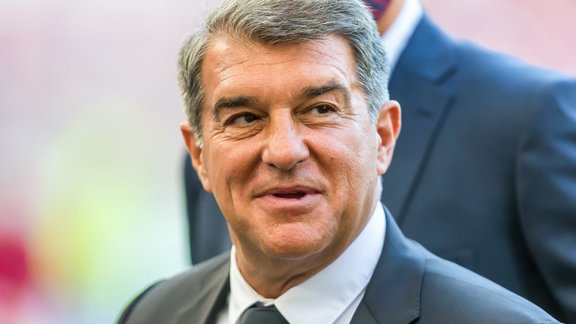 Orphan of Lionel Messi, FC Barcelona is still struggling to digest the departure of its former star. However, Joan Laporta has very big ambitions to strengthen the club culé.

This summer the unthinkable happened. Despite long discussions between the different parties, Lionel Messi left free the FC Barcelona , allowing PSG to jump at the chance. A departure justified by the financial problems encountered by the club, which also prevented Joan Laporta from striking a big blow to forget the Argentina international. However, the president of Barça intends to make up for it in 2022.

After tightening their belts this summer, FC Barcelona could hit hard in the coming months. According to reports released by Sport on Saturday, Joan Laporta has made Raheem Sterling his priority for the upcoming winter transfer window. Under contract until June 2023 with Manchester City , the England international faces stiff competition from the Skyblues and would be excited to join the Catalan team, but Barça have no plans to stop the. This Sunday, Mundo Deportivo reveals that Joan Laporta also aims to get his hands on Dani Olmo (Leipzig) and Erling Haaland (Dortmund). The Spanish attacking midfielder is also said to be ready to commit to Barça , while Laporta would count on his good relations with Mino Raiola in order to get ahead of the competition for the BVB striker. Paul Pogba , whose interests are also managed by Raiola , would also be in the crosshairs of the Blaugrana since his contract comes to an end with Manchester United . New stars who would allow FC Barcelona to send a strong message to Europe in football.