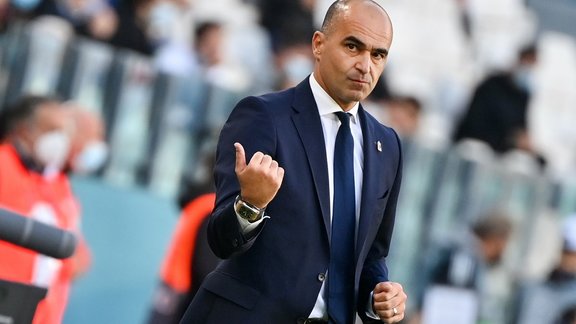 Featured as the favorite for the succession of Ronald Koeman, Roberto Martinez is also on the Newcastle shortlist to replace Steve Bruce.

The FC Barcelona is going through a more than complicated start to the season. Already very poorly entered in its Champions League group, the Blaugrana club is also left behind in La Liga, which puts Ronald Koeman in a more than delicate situation. Although he was reinforced in his duties by Joan Laporta , the Dutch technician is still in danger especially if the situation does not improve. And Roberto Martinez seems the priority to succeed him.

However, the Belgium coach is coveted by another club. Indeed, according to information from The Times, Newcastle has listed three names on its shortlist to replace Steve Bruce , and that of Roberto Martinez is in an excellent position. Unai Emery and Steven Gerrard are the two other profiles studied by the Magpies, recently passed under the Saudi flag and whose ambitions have been increased tenfold.