Mercato | Mercato – PSG: Leonardo is already experiencing a first disappointment for next summer … 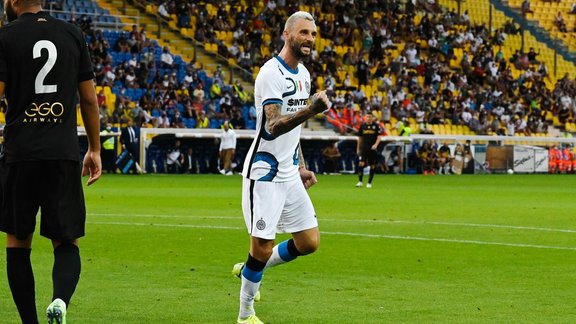 Certainly, Marcelo Brozovic would appear in the viewfinder of PSG. However, according to a source close to his entourage, his primary wish is to extend his contract which expires next June at Inter.

Marcelo Brozovic is, like Paul Pogba , Antonio Rüdiger or even Franck Kessié , free from any contract at the end of the season and would appear on the shelves of Leonardo . In line with the summer transfer window, the sporting director of PSG seems to be emphasizing low cost recruitment in terms of transfer fees by focusing on future free agents. As for the Inter midfielder, PSG should not have much luck in the Brozovic case, however.

Brozovic wants to extend to Inter according to a relative

Although Marcelo Brozovic is an active track since the summer transfer window of 2020 by PSG , the Croatian international would have only one will about his future: to extend his adventure within the nerazzurri club as a source close to his entourage confided at Tuttosport. “Marcelo is looking forward to extending his contract with Inter.” PSG now know what to expect for Marcelo Brozovic and will therefore have to look elsewhere to recruit a central midfielder.