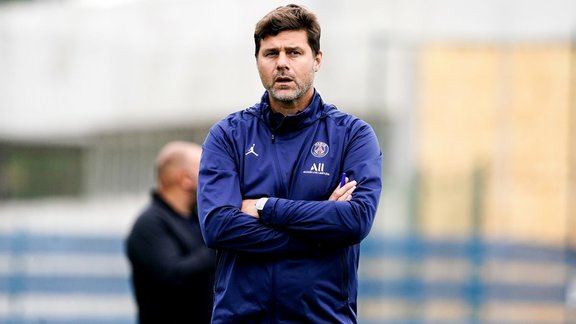 Despite his criticism, Mauricio Pochettino is in no way threatened as to his future on the PSG bench.

As was the case for his predecessors, the choices of Mauricio Pochettino on the bench of PSG are scrutinized every week. So obviously, by deciding to leave Lionel Messi fifteen minutes from the end of the match on Sunday night against OL while PSG was held in check, the Argentinian technician was the subject of numerous criticisms. But should we therefore wonder about his future at the Parc des Princes?

Pochettino is not threatened

RMC Sport announced on Tuesday that an eviction of Mauricio Pochettino was absolutely not on the agenda in the minds of the owners of PSG in Qatar. Even if the recent performances of PSG are not necessarily up to expectations in terms of quality of play, Pochettino has managed to win his first league games, and his future to PSG is therefore not threatened for the moment.