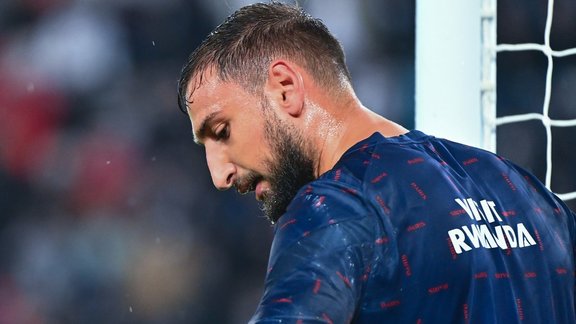 The competition between Keylor Navas and Gianluigi Donnarumma has already claimed a victim at Paris Saint-Germain.

One is an experienced goalkeeper, excellent since his arrival at Paris Saint-Germain. The other is considered the future, great prodigy of Italian football and very recent European champion. With Keylor Navas and Gianluigi Donnarumma, the PSG has two really great goalies at his disposal … but that doesn't sound like good news. Mauricio Pochettino would not know how to handle the situation and allegedly asked for help from Leonardo, who decided to confirm Navas as the incumbent. Obviously, Donnarumma doesn't like that much.

Juve and Barça, the only possibilities for Donnarumma

Mino Raiola seems to be aware of this situation and could quickly decide to find a solution for Gianluigi Donnarumma. According to information from Luca Momblano, the possible leads for the current PSG goalkeeper are two in number. The first would lead him to FC Barcelona , where Marc-André ter Stegen however seems to be well established. The second would concern Juventus, which has always been interested in Donnarumma, but which this summer decided to pass its turn by continuing to bet on Wojciech Szczęsny .