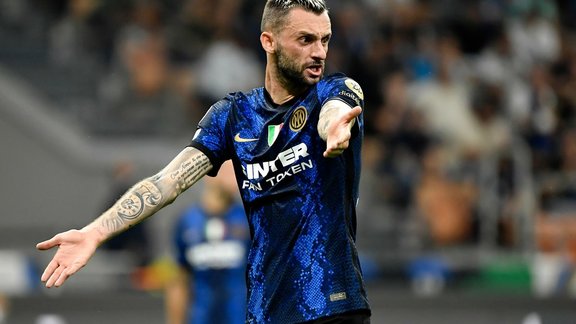 At the end of his contract and several times approached by Paris Saint-Germain, Marcelo Brozovic could well leave Inter.

The third time could be the right one. After failing twice, Leonardo seems to have a golden opportunity with Marcelo Brozovic. The contract between him and Inter ends in just a few months and an extension is slow to arrive. The Milan club have repeatedly announced that they want to continue with the Croatian, who would also like to join in for the long term, but his dire economic situation seems to complicate matters. Paris Saint-Germain would not be the only club on the spot, since the situation of Brozovic would also have alerted Liverpool or even FC Barcelona .

No meeting between the Brozovic clan and Inter!

The Italian press has mentioned in recent days an imminent meeting between the father of Marcelo Brozovic and the leaders of the Inter , precisely in order to open negotiations for a contract extension. This Monday, however, Calciomercato.com tells us that this meeting would never have taken place! Expected at the end of the international break in Milan, the player's father would not have shown up, which therefore opens the door to an irruption from PSG, Liverpool or FC Barcelona . According to the latest indiscretions from Italy, Brozovic is claiming a salary of € 6m, which is almost three times what he currently earns.