Svechnikov named second star of the match against Nashville 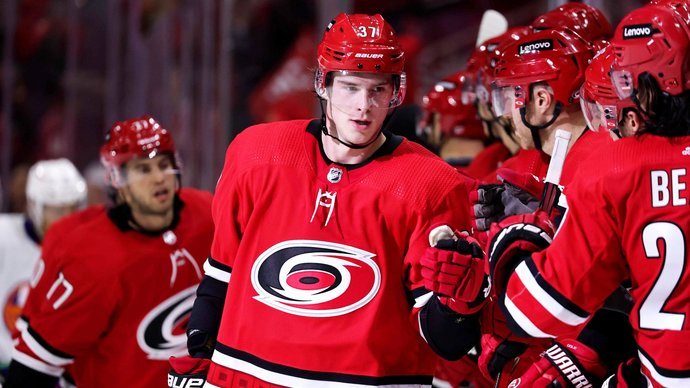 Russian striker Carolina Hurriciens Andrei Svechnikov became the second star of the match against the Nashville Predators in the NHL regular season (3: 2).

The forward scored with an abandoned puck. Also among the winners were Jesper Fast and Teuvo Teryaväinen.

The Danish goalkeeper of Carolina Frederik Andersen was recognized as the best player of the meeting, having saved 38 shots.