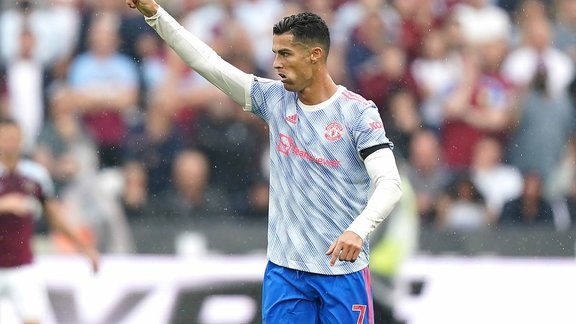 During the last summer transfer window, Cristiano Ronaldo left Juventus to return to Manchester United. Also arrived this summer with the Red Devils, Raphaël Varane was ignited for the signing of CR7 and told of his arrival in the Mancunian locker room.

To strengthen its squad this summer, Manchester United hit hard with the arrivals of Cristiano Ronaldo and Raphaël Varane, </strong >among others. During an interview with Téléfoot this Sunday morning, the Frenchman was totally on fire for the signing of CR7 with the Red Devils. “Cristiano Ronaldo? He’s a huge pro. He has marked his entire career and he will do so as long as he plays football. It’s better to have him with us than against either ”, confided Raphaël Varane. Questioned in the wake in the Canal Football Club, the former defender of Real Madrid </strong > added a layer on the return of Cristiano Ronaldo to Manchester United and recounted his arrival in the locker room of Ole Gunnar Solskjaer .

“What it does to me to find Cristiano Ronaldo? It is a pleasure. It’s not for nothing that he’s still at the top level at his age. It’s an example. It’s great to be able to work, play, have fun with him. And we know him, he’s made to win, to score goals, so it’s best to have him with you. What was it doing when he got to the locker room? We know the aura he has and it was a bit of questioning looks: “how he is …” “, admitted Raphaël Varane.